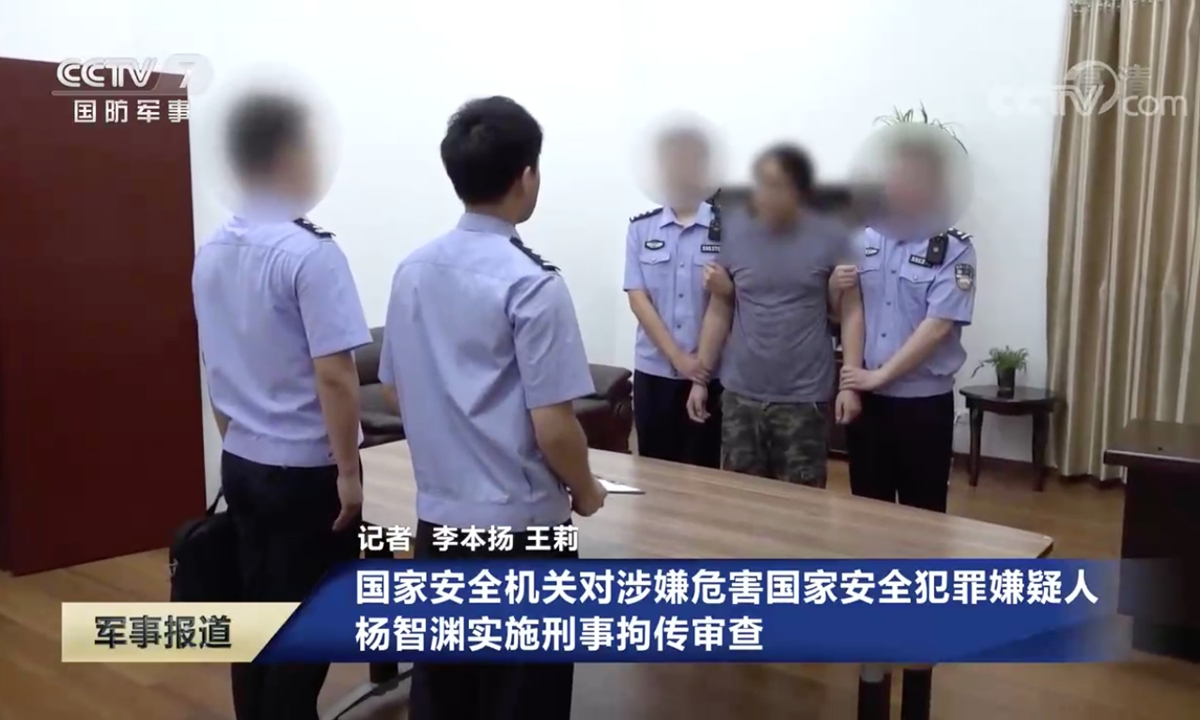 Yang Chih-yuan, a suspect from the island of Taiwan who was detained by the national security bureau in Wenzhou city, East China's Zhejiang Province on suspicion of engaging in separatist activities and endangering national security has been put under surveillance at designated residence from August 4 and his family members were informed about the changes in accordance with laws, media reported, with more of his secessionist activities being disclosed, media reported on Wednesday.

The news of Yang being detained was released on August 3, right after the Chinese mainland authorities' announcement on August 3 that a number of diehard "Taiwan secessionist" individuals, two foundations, and multiple companies related to secessionist activities will be punished in accordance with the law, after US House Speaker Nancy Pelosi landed in Taiwan island on Tuesday.

Yang has been poisoned by thoughts of "Taiwan independence" secessionism for a long time and in 2006, when he was in middle school, he started to be engaged in secessionist activities, China Central Television (CCTV) reported on Wednesday.

In 2008, Yang was chosen by the Democratic Progressive Party (DPP) for cultivation as he was actively involved in the "Wild Strawberries Movement," a protest movement in the island of Taiwan in November 2008 after the visit of Chen Yunlin, chairman of the mainland's Association for Relations across the Taiwan Straits, to the island. Yang was later appointed as the head of the DPP youth league in Taichung and became an important member of the secessionist forces in the island.

Also in 2019, Yang was invited by Chen Shui-bian, former Taiwan regional leader who sought secessionism, to represent the "Taiwan Action Party Alliance" to attend the election of a "legislator" for Yonghe district of New Taipei. During his election campaign, Yang advocated for "Taiwan independence" and incited confrontations between the island and the mainland.

During the turbulence over the proposed amendment bill in  Hong Kong in 2019, in a high profile move, Yang colluded with separatist forces to support Hong Kong secessionists and incited secessionist forces to work together, which were a provocation to China's national sovereignty and territorial integrity, said CCTV.

The national security bureau in Wenzhou city is conducting an investigation on Yang in accordance with the relevant laws and regulations.