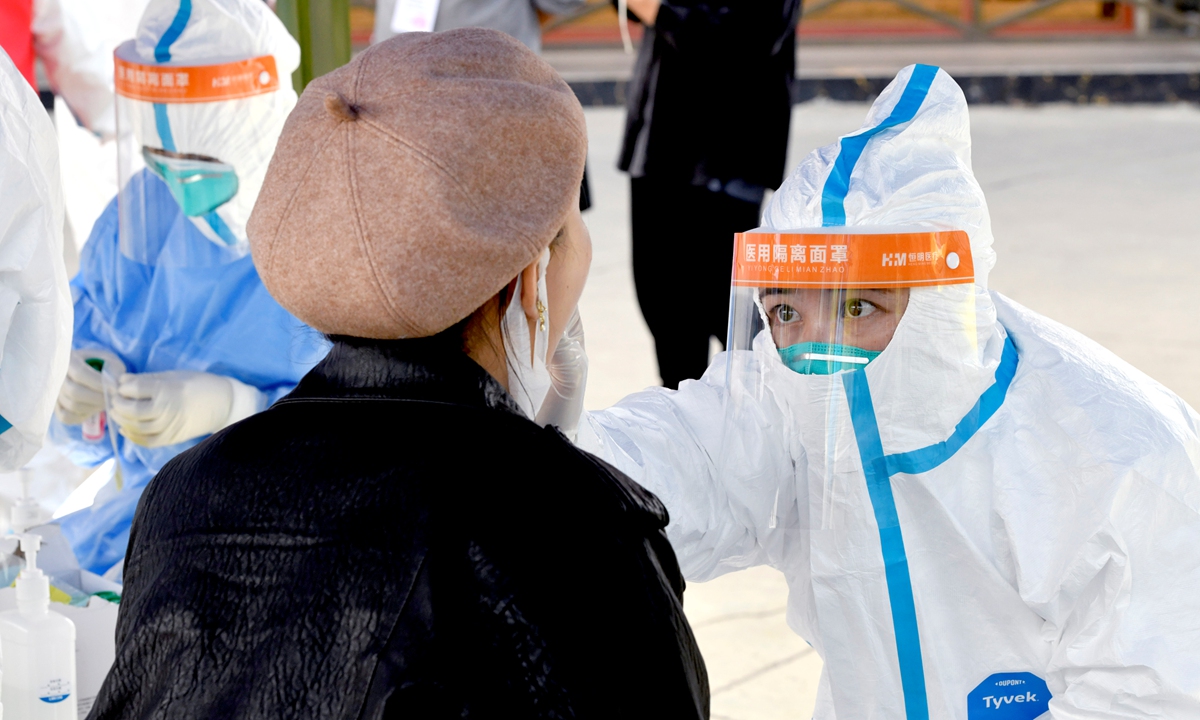 Five officials in the city of Xigaze in Southwest China's Xizang Autonomous Region have been removed from office for not fully implementing epidemic prevention measures, the city authorities announced on Friday. The city has extended city-wide management measures amid this flare-up, with 39 confirmed cases detected so far.

The five officials including head and deputy head of the city health commission were removed from their positions as they didn't do a good job in epidemic prevention and control, according to the authorities.

As of Wednesday, the city has detected 39 cases including 31 asymptomatic carriers and eight confirmed cases, said the authorities on Friday. All the patients have been treated in designated hospitals and they are in stable condition, the authorities said at Thursday's press briefing.

Liu Fei, deputy director of the city center for disease control and prevention said at Thursday's press briefing that the epidemic situation is severe, with the features of family clusters. According to the confirmed cases, the epidemic is "highly infectious," and spreads rapidly with a short diagnosis period, and the number of positive cases is still on the rise, Liu said.

The city on Thursday extended the city-wide static management, asking local residents to stay at home for another three days given the city's grim epidemic situation.

The city will continue to conduct the static management and the city has done nucleic acid tests for over 1 million samplings as of Thursday noon.

The city vowed to provide free accommodations for stranded tourists in the urban regions of the city from August 8 to the end of the static management, as a way to show their thanks for tourists' understanding and support.

The city said that they will improve stock of medical supplies as well as daily supplies to meet residents' needs. A total of 1,539 stranded tourists have been arranged to stay in 1,039 hotel rooms.