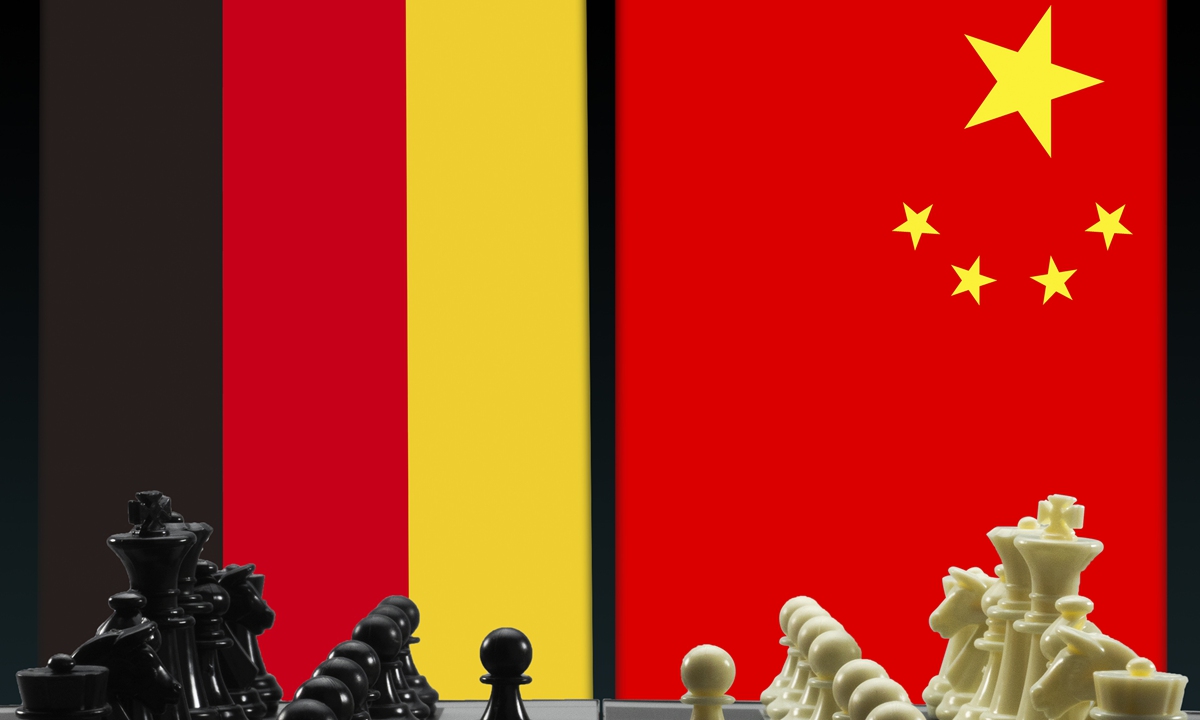 Some major German media outlets have voiced concern over the German Air Force participating in Exercise Pitch Black for the first time. They warned that Berlin is joining an anti-China alliance in the Indo-Pacific, which in the long term will affect its trade relations with Beijing.

Chinese experts consider such rational voices as a reflection of the mainstream attitude toward China that representatives from business and political sectors shared in Germany.

However, while Germany's Chancellor Olaf Scholz cautiously strikes a balance between major powers, the increasing military presence of Germany in the Indo-Pacific showed the divergences inside the German government, sending out a "chaotic signal" on its China policy, some experts said. They also believe that such ambiguity reflects Berlin's struggles in coming up with a balanced adjustment in its relations with Beijing as the German government has to take more factors into account, including the Ukraine crisis, China's relations with Russia and tensions in the Taiwan Straits.

Exercise Pitch Black, a military drill involving the US, Australia and 15 other countries, reportedly started on Friday with the US' purpose being to pull more countries into an anti-China united frontline and show the "unity" of the West to pressure China over the Taiwan question.

With its first large presence, the German Air Force (Luftwaffe) wants to demonstrate its strength against China in the Indo-Pacific, German national daily newspaper Die Welt said in an article recently, saying that this is honorable but Germany is not  America, and a "thumbling should not think himself as a giant."

Another German media outlet, the Frankfurter Allgemeine Zeitung, said in a recent article that the Luftwaffe's excursion to the Indo-Pacific signals Germany's readiness for military engagement in probably the most important region of the world, geopolitically, but the newspaper also warned that "Germany is too weak militarily."

Germany is sending 13 military aircraft to join the exercises in Australia, with six Eurofighters, three A330 tankers and four A400M transporters taking off from Germany. German air force chief Ingo Gerhartz was quoted as saying in media reports that the jets will "barely touch" the South China Sea and will not pass through the Taiwan Straits.

It is not necessary for Germany to hype the South China Sea or the Taiwan question if it is just a routine military exercise, Cui Hongjian, director of the Department of European Studies at the China Institute of International Studies, told the Global Times on Sunday.

"We appear to take any military actions related to the US surrounding China now as moves targeting us. If Germany and China don't communicate well on the matter, it will increase risks of miscalculation," Cui warned.

Some Chinese experts believe that Germany's policy toward China, especially under the Scholz administration, has continued the tradition of the Merkel era, and has been adjusting and redefining the policy at the same time with differences in rhetoric adopted by the German chancellery, foreign ministry and the Bundeswehr, a catch-all term in German, incorporating the army, navy and air force.

"Even if Germany leans toward the US on some China-related matters, I believe it would be just symbolic," Jiang Feng, a research fellow at Shanghai International Studies University, told the Global Times on Sunday.

As now the US takes the rise of China as the biggest "threat," voices in Europe are echoing the claims. For example, German foreign minister Annalena Baerbock also cited China as a "threat," Jiang said. But Germany understands clearly that it is crucially important to maintain China as a strategic partner for Germany's strategic and economic interests, so Berlin's China policy will be fundamentally different from that of Washington, Jiang noted.

The German economy became more dependent on China in the first half of 2022, with direct investment and its trade deficit reaching new heights, despite political pressure on Berlin to pivot away from Beijing, Reuters reported on Friday, citing a study from the German Economic Institute.

Still, the German air force tried to play down the connection between the military exercise with US strategy of containing China in the region, as Gerhartz was quoted as saying in the media reports that "I don't think we are sending any threatening message toward China by flying to an exercise in Australia."

"From the later stage of the Merkel administration, there have been contradictions between the German military and the government, forming a chaotic signal. If Germany intentionally emphasizes its presence from now on in the Indo-Pacific region, it may lead the country to an unbalanced status," Cui said.

"Against the backdrop of the Ukraine crisis, when Germany adjusts its policy toward China, it has to consider more factors such as China-Russia relations, EU-Russia relations and China's relations with its neighboring countries. Previously, it only took China-US relations into account," Cui said.

Germany is reviewing its strategy on China and will make the new posture public sometime in 2023, according to earlier media reports. Some experts also believe that compared to its relations with China previously established on trade and economic ties, future Germany-China relations will underscore some security concerns, seeking a new balance in a changing geopolitical landscape.