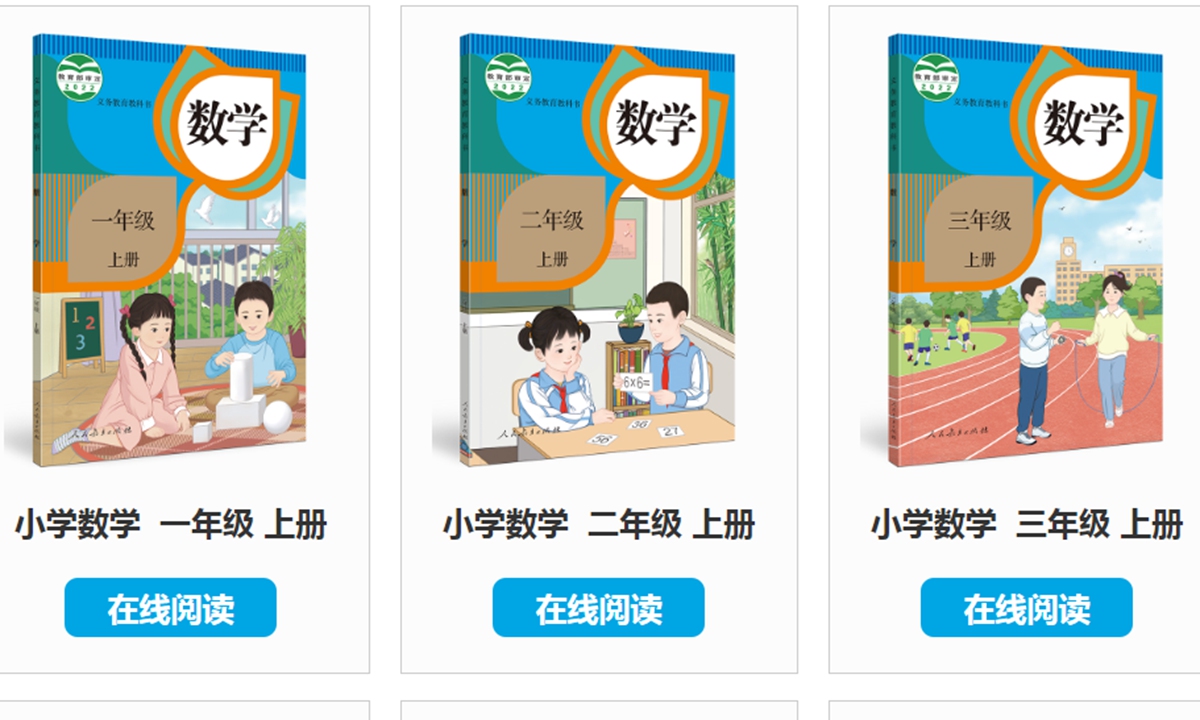 China's Ministry of Education (MOE) on Monday announced penalties for 27 people, including senior executives of People's Education Press, after a three-month investigation into problematic illustrations in primary school math textbooks.

The people involved either received serious warnings or were removed from their post. The Party chief of the publishing house, Huang Qiang, was given serious intra-Party warning and major demerit, and editor-in-chief Guo Ge was removed from the post.

Illustration designer Wu Yong, Lü Min, and Lü Jingren, as well as their workshops, would no longer be used for national textbooks' design and illustration.

The investigation did not find any exchange of economic interests between personnel from the publishing house and the illustrators, according to the MOE.

The MOE launched an investigation into the controversial math textbooks in May. The investigation concluded that the People's Education Press failed to understand the educational function of the textbooks illustrations, did not have a complete selection system for illustrators, did not pay attention to readers' suggestions, and failed to timely rectify on the problems of illustrations. The publishing house also lacked guidance and supervision to textbook review, the MOE said.

According to an MOE statement, the illustrations of public concern failed to conform to the aesthetic preferences of the public in the overall painting style, and some of them did not meet high professional standards for illustration production. Certain illustrations featured errors and some other illustrations had the potential to cause misunderstandings, the Xinhua News Agency reported.

In May, discussions over the primary school math textbooks took over Chinese social media platforms, with many netizens calling the illustrations in the textbooks "ugly, racist, spooky and sexually suggestive" as some illustrations featured characters with crooked mouth, tongue sticking out and in bunny girl outfit

The People's Education Press has completed recreating the illustrations of the math textbooks for primary school students and is making all-out efforts to ensure that the new books will be available before the start of the new semester in September 2022.

To ensure the quality of the illustrations, the publishing house strictly selected the illustrating team and the version drawn by the professional team of the Central Academy of Fine Arts (CAFA) was finally approved.

Feng Xu, one of the authors of the illustrations in the new textbooks from the CAFA, told the Global Times on Monday that he redrew the illustrations for the second grade math textbooks, and the new illustrations attempted to present the artistic expression of traditional Chinese painting, and the spirit of Chinese children, as well as being in line with the practice of teaching primary school math.

Feng said that the studio of the School of Urban Design from the CAFA has been engaged in illustrations for 14 years, but that's not the same as developing illustrations for textbooks. The textbooks' illustrations have to ensure they can reflect the will of the Party and the country, reveal fine Chinese traditional culture, and follow children's cognitive and physical and mental development rules, among other issues.

He said the illustrations were done through a process of repeated revision amid a very tight schedule and the epidemic.

The People's Education Press said on its website that during the redrawing process, it widely solicited opinions from schools and parents in provinces and cities including Beijing, East China's Zhejiang Province and South China's Guangdong Province.

The news of the penalties on the related people soon topped the hot topic list on Sina Weibo on Monday morning, with many netizens hailing the MOE's decision.

The MOE launched an inspection into illustrations of all national middle school and primary school textbooks as well as off-class reading books to ensure that they could reflect the correct values, carry forward the Chinese culture, and are in line with the public aesthetic habits.

So far 2,487 textbooks for primary and middle school students were reviewed by some 350 experts organized by the MOE.