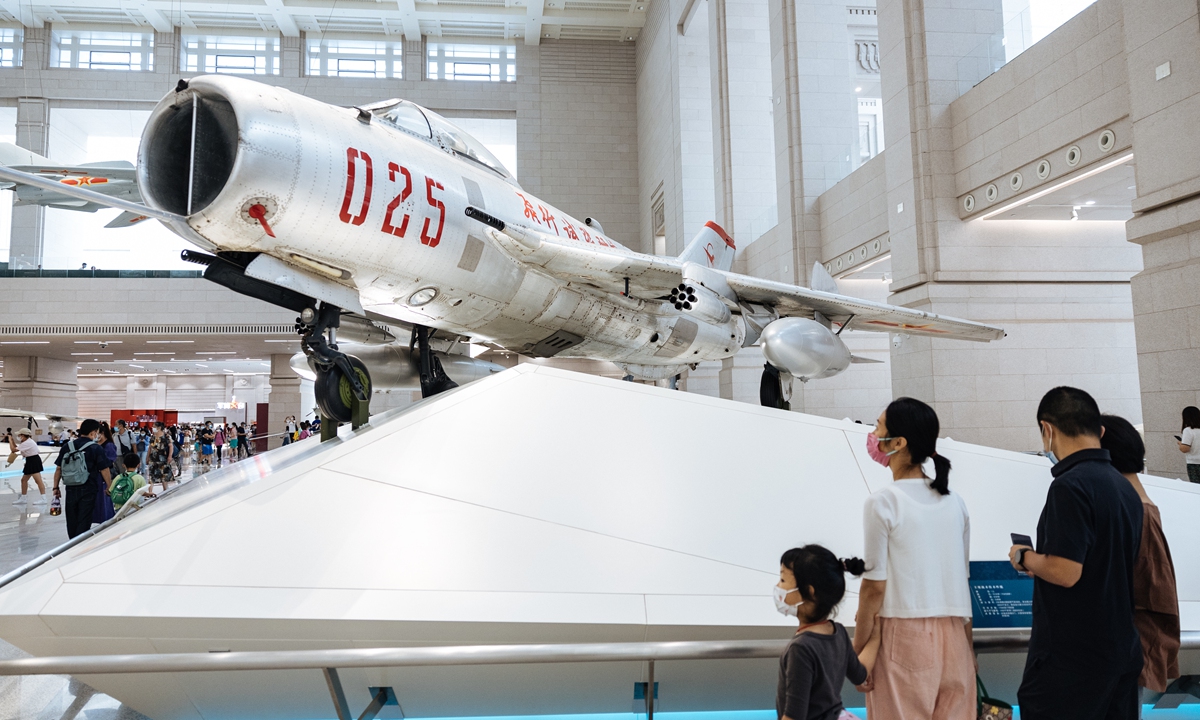 Children and their parents take advantage of the summer holiday and visit the Military Museum of the Chinese People's Revolution in Beijing as the museum reopens to the public on August 9, 2022. Photo: Li Hao/GT
Schools in Beijing will open normally for the upcoming new semester, which starts in September, local authorities said on Monday, adding that students will need to undergo increasingly frequent nucleic acid testing during the first week back, as Beijing faces pressure to contain COVID-19 following sporadic outbreaks around the country.

Due to the timely reporting of infections and the conscious reduction of social activities, local health authorities have proved their capability to control the epidemic situation in a timely manner, and thus reduce the risk of social transmission, local authorities noted.

However, Beijing faces pressure to contain COVID-19 as sporadic outbreaks have appeared in many parts of the country and summer is a peak season for Beijing’s tourism, with visitors entering the city from across the country.

Beijing Daxing International Airport saw an average of 58,000 passengers per day in August amid the summer vacation period and as the tourism market recovered, said a staff member who works at the airport.

To cope with epidemic prevention measures and due to the dense population in schools, students and staff are required to have a negative nucleic acid test report within 48 hours on the first day back to school, and will need to undergo increasingly frequent nucleic acid testing during the first week back.

In addition, universities in Beijing will also require returning students and staff to have a negative nucleic acid test report from within 48 hours and a green health code, and the students will return to campuses in batches.

Officials also stated that in view of the dense crowds and the difficulty of epidemic prevention and control, the health authorities have always insisted on stricter epidemic prevention measures in schools than in wider society, in order to avoid risks of virus infection on campus.