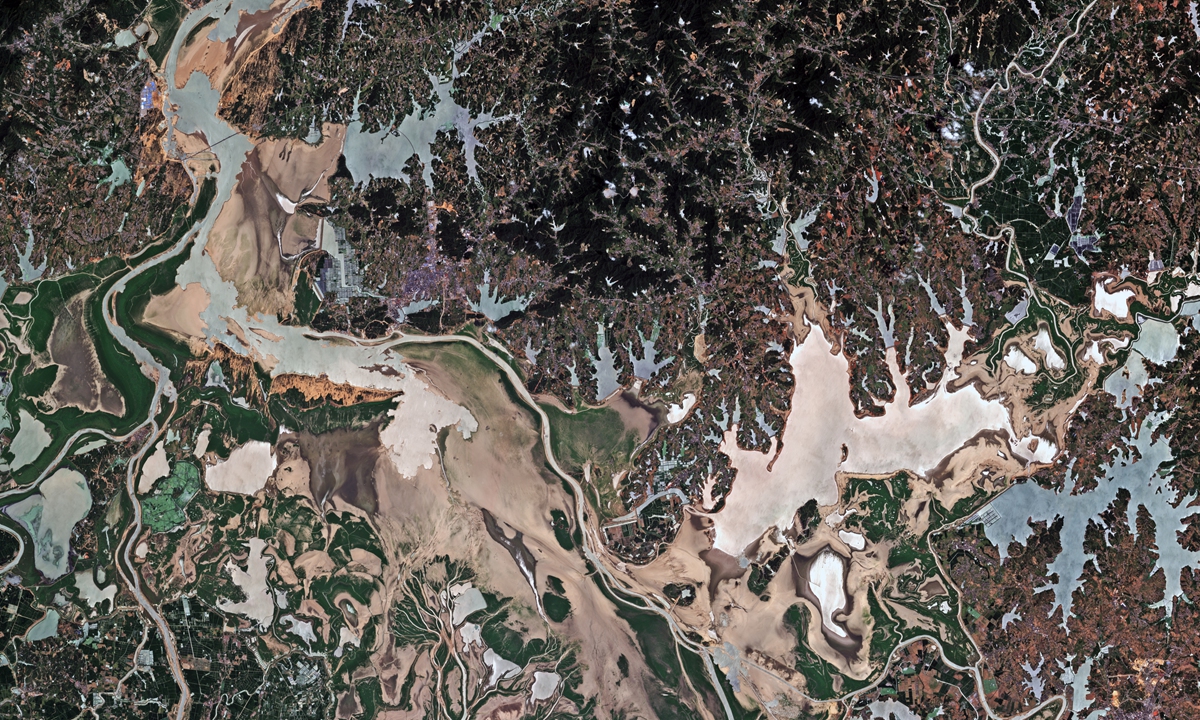 According to previous information of China's Ministry of Water Resources, water level of tributaries of the Yangtze River, and Poyang Lake are significantly lower compared with same time period of previous years. On August 4, the Poyang Lake has went into its earliest dry season since 1951.

National Satellite Meteorological Center (NSMC) found out that the water area of Poyang Lake measured roughly 11.13 square kilometers and has shrunk about 66 percent compared with the area of last month.

Poyang Lake used to welcome its wet season from April to August, yet the extreme weather this year not only caused the lake to enter the earliest dry season in 71 years, satellite images also show an alarming sign of the tidal-flat presenting tree-shape landscapes in certain sections of Poyang Lake.

Moreover, the sizzling temperature and lack of rain also triggered bushfires in Southwest China's Sichuan and Chongqing. China Center for Resource Satellite Data and Applications has dispatched six commercial satellites to observe the affected areas. By Monday, the satellites had captured 20 pictures and obtained data from 50 places in these areas, with the relevant files sent to relevant departments in Sichuan and Chongqing.

The Global Times learned that Gaofen-1, one of the commercial satellites that was deployed for the task, can take pictures repeatedly of one area, and has orbit repeat cycle of only four days; most similar satellites have a cycle of around 10 days.

The National Meteorological Center predicted that the cold air will travel to South China around Wednesday, so to cool this area and draw the curtain of persisting high temperature. The drought area along the Yangtze River basin is also expected to see increasing rainfall after Thursday.