your location：Home>PokerGame>>supershot-‘Extreme heat belt’ to cover middle of US by 2053: report > supershot

supershot-‘Extreme heat belt’ to cover middle of US by 2053: report 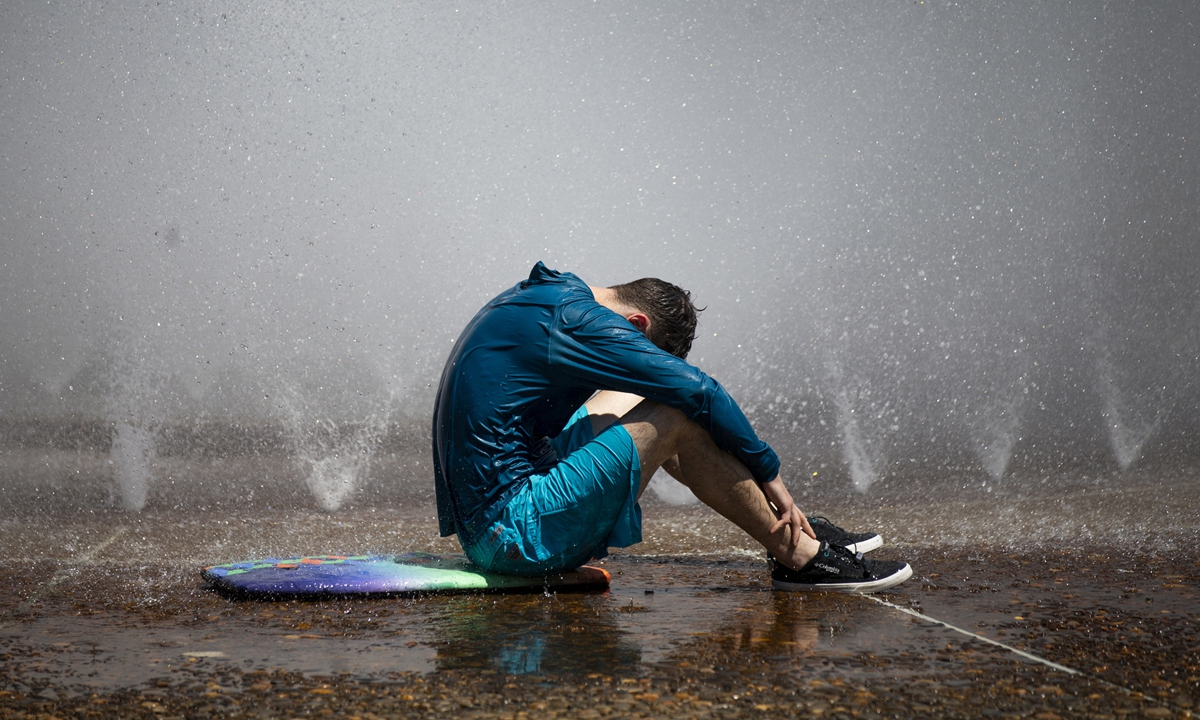 A man cools off next to the Salmon Street Springs fountain in downtown Portland, Oregon, on July 26, 2022. Photo: VCG

An area of intensely warm weather - a so-called "extreme heat belt" - with at least one day per year in which the heat index hits 125 Fahrenheit (52 C), is expected to cover a US region home to more than 100 million people by the year 2053, according to a new study.

The research, carried out by nonprofit First Street Foundation, used a peer-reviewed model built with public and third-party data to estimate heat risk at what they called a "hyper-local" scale of 30 square meters.

First Street Foundation's mission is to make climate risk modeling accessible to the public, government and industry representatives, such as real estate investors and insurers.

A key finding from the study was that heat exceeding the threshold of the National Weather Service's highest category - called "Extreme Danger," or above 52 C - was expected to impact 8.1 million people in 2023 and grow to 107 million people in 2053, a 13-fold increase.

This would encompass a geographic region stretching from northern Texas and Louisiana to Illinois, Indiana, and Wisconsin - inland areas far from the more temperate weather often seen near the coasts.

Heat index, also known as the apparent temperature, is what the outside temperature really feels like to the human body when relative humidity is combined with air temperature.

To create their model, the research team examined satellite-derived land surface temperatures and air temperatures between 2014 and 2020, to help understand the exact ­relationship between the two measurements.

The model was then scaled to future climate conditions, using a "middle of the road" scenario envisaged by the Intergovernmental Panel on Climate Change, in which carbon dioxide levels start falling by mid-century, but do not reach net zero by 2100.

Beyond "Extreme Danger" days, areas across the whole country are expected to experience hotter temperatures, with varying degrees of resilience.

"These increases in local temperatures result in significant implications for communities that are not acclimated to warmer weather relative to their normal climate," the report said.

And the increase in air conditioning use that is likely to result from such temperature spikes will strain energy grids, the report warned, leading to more frequent, longer lasting brownouts.